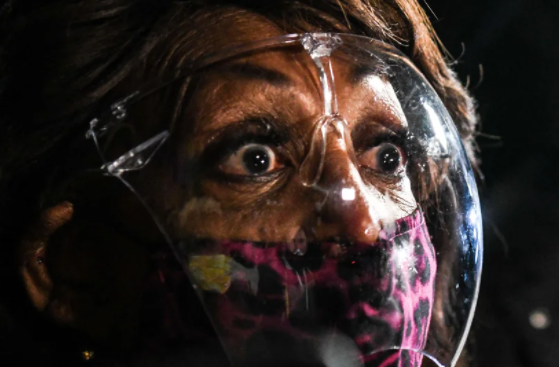 Calls to punish Rep. Maxine Waters (D-Calif.) have mounted after she called for protesters and activists to “get more confrontational” on Minnesota’s streets if former police officer Derek Chauvin is not convicted for murder in the death of George Floyd.

House Minority Leader Kevin McCarthy (R-Calif.) also promised to bring action against her if Speaker of the House Nancy Pelosi (D-Calif.) chooses not to act.

During a Saturday appearance in Brooklyn Center, Waters said, “We’re looking for a guilty verdict. We’re looking for a guilty verdict. And we’re looking to see if all of this … that took place and has been taking place after they saw what happened to George Floyd. If nothing does not happen, then we know that we’ve got to not only stay in the street, but we’ve got to fight for justice, but I am very hopeful and I hope that we’re going to get a verdict that will say ‘guilty, guilty, guilty.’ And if we don’t, we cannot go away.”

She added that activists must “stay on the street” if Chauvin is not convicted and insisted that demonstrators have to “get more active.”