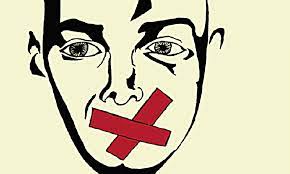 If all of this fearmongering sounds oddly familiar and totalitarian, that’s because the Communist Party of China (CCP) has been a pioneer in the conquest of cyberspace for decades — under the guise of combatting “misinformation” harmful to national security:

From the CCP’s perspective, “Western anti-China forces” are “actively trying to infiltrate China’s ideological sphere,” threatening China with the spearhead of Westernizing, splitting, and Color Revolutions, for which the blame is often placed upon the influence of the Internet and social media.

Chinese state censorship — along with the other tools of social control it deploys on its own population — is the model that Western governments hope to emulate:

Liberal Leader Justin Trudeau met with criticism for the second time in as many days Friday, after telling a Toronto fundraising crowd that he admired China’s ‘basic dictatorship.’

The Chinese government operates what has been called the “Great Firewall” — restricting access to information deemed unacceptable by nameless state censorship agents and sending it down the Memory Hole.