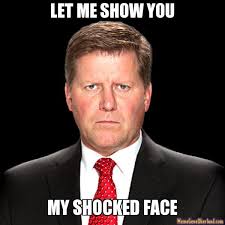 Facebook’s oversight board has upheld the indefinite suspension on former US President Donald Trump.

Sowing the seeds of their eventual demise, FB doubles down on stupid.

Mr Trump was banned from a number of social media platforms after his supporters stormed the US Capitol on 6 January.

Play Video – Trump remains banned from Facebook
Facebook’s oversight board has upheld the indefinite suspension on former US President Donald Trump.
Twitter has already said its ban is permanent, regardless of whether he runs for office in future, while YouTube will restore the former president’s channel when the risk of violence has decreased.

Facebook was due to announce its decision last month but delayed the ruling in order to review over 9,000 public responses.

At the time Facebook boss Mark Zuckerberg said: “We believe the risks of allowing the president to continue to use our service during this period are simply too great.”