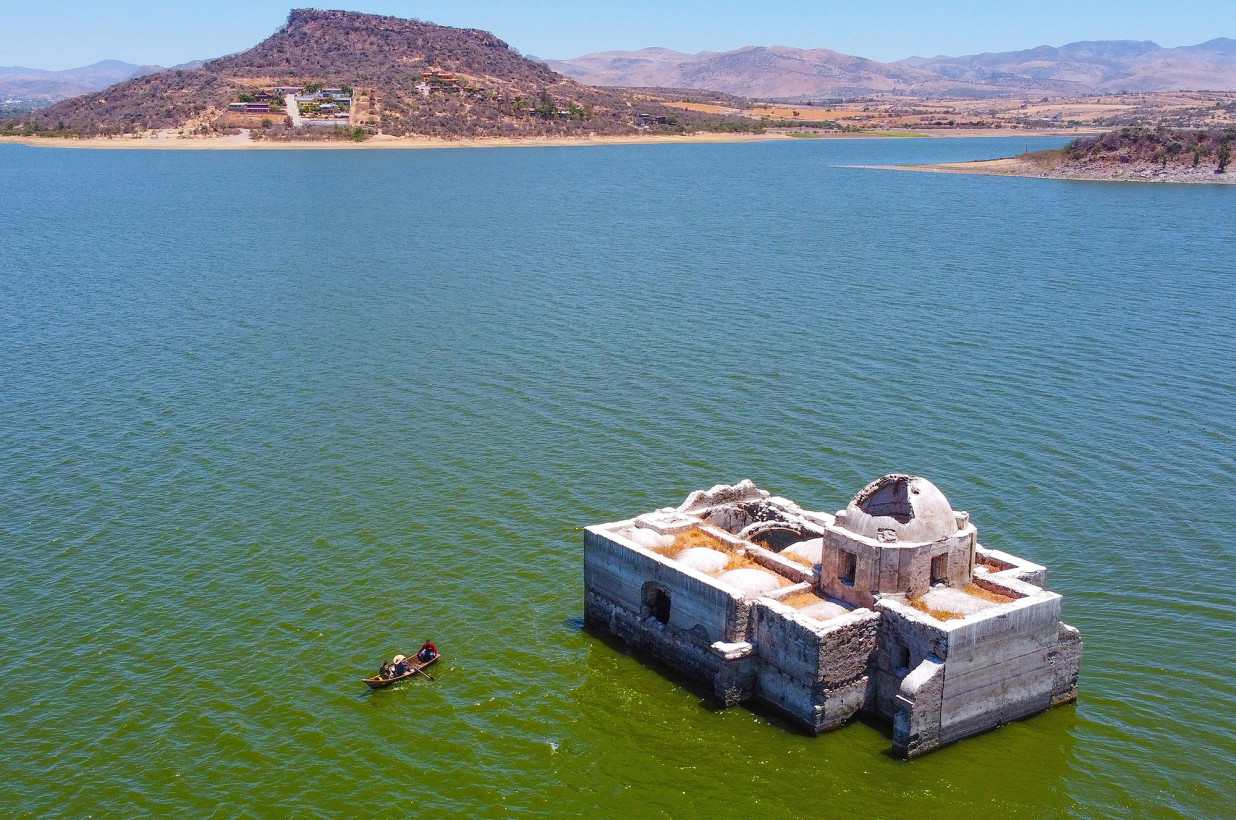 A 19th-century church has risen from the waters of a central Mexican lake after being submerged for decades — the result of a recent drought that is plaguing the region.

The Church of the Virgin of Dolores disappeared in 1979 when the Purisima Dam was built and buried the colonial community of El Zangarro, Mexico News Daily said.

“Oral history tells us that it was very difficult for them to leave the place, not just because of the buildings, but because of the sense of belonging to the place,” said Dulce Vazquez, director of the local municipal archives.

“A few resisted until they saw it was already a reality that the water would arrive and cover the entire town,” Vazquez told Mexico’s Spanish-language Milenio newspaper, which originally reported the story.

But a recent drought that has plagued the city of Guanajuato and the surrounding area in recent months has brought the historic church back into the sunlight.