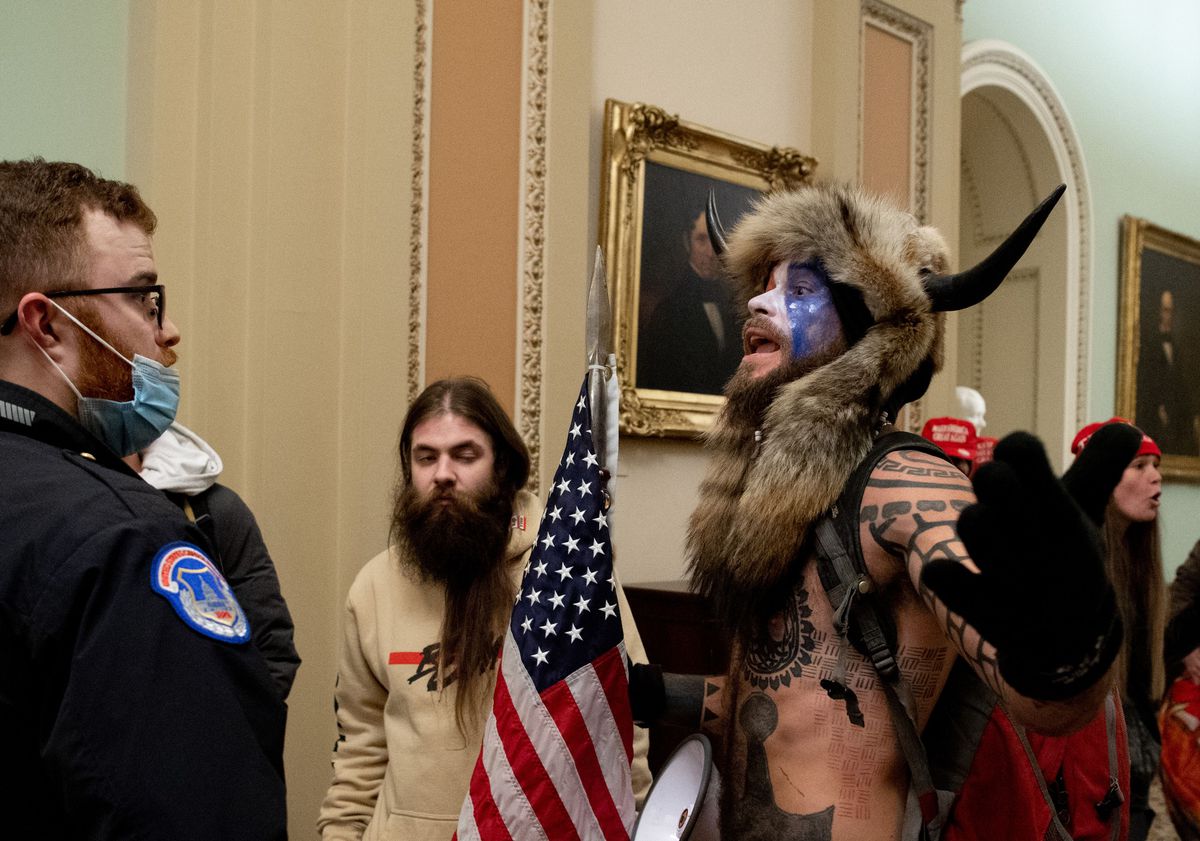 One officer, identified in the video and confirmed by charging documents as Officer Keith Robishaw, appears to tell Chansely’s group they won’t stop them from entering the building. “We’re not against . . . you need to show us . . . no attacking, no assault, remain calm,” Robishaw warns. Chansley and another protestor instruct the crowd to act peacefully. “This has to be peaceful,” Chansley yelled. “We have the right to peacefully assemble.”