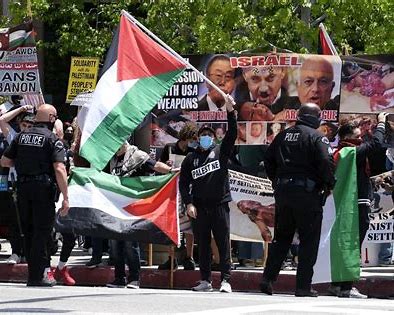 Eric Orgen says he was walking with his wife and daughter,16, between synagogue services on Collins Avenue when a group of men driving by started shouting, cursing and throwing garbage at them, according to reports.

“They just started screaming some derogatory things towards Jewish people out the window,” Orgen told CBS12. “My first thoughts were just making sure my wife and daughter were behind me so I could take the brunt of anything that was going to happen.”