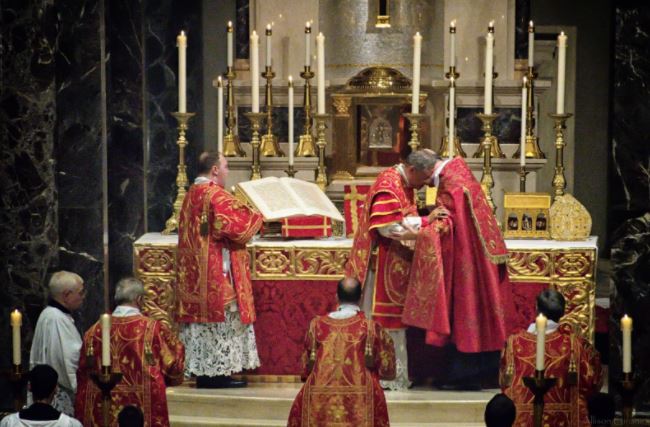 We Knew This Day Was Coming!

Francis announced to the bishops that he has reached the third draft of a text that contains restrictive measures regarding the celebration by priests Catholics of the Mass in the extraordinary form liberalized by Benedict XVI who, according to him, with the Summorum Pontificum wanted to meet only the Lefebvrians, but who today are especially young priests who want to celebrate the Tridentine Mass perhaps not even knowing Latin.In this regard he told of a bishop to whom a young priest had addressed showing him the intention to celebrate in the extra- ordinary form . Asked if he knew Latin, the young priest told him he was learning it. To which the bishop replied that it would have been better if he learned Spanish or Vietnamese as there were many Hispanics and Vietnamese in the diocese.
From what we understand, we would return to the [indult] pardon – with the prior authorization of the bishop, or even the Vatican – with all that follows, namely a reintroduction of the prohibition to celebrate according to the Missal of St. John XXIII, many denials of authorizations and the practical ghettoization of priests and faithful linked to the ancient rite. After Moses the liberator, the Pharaoh would return.