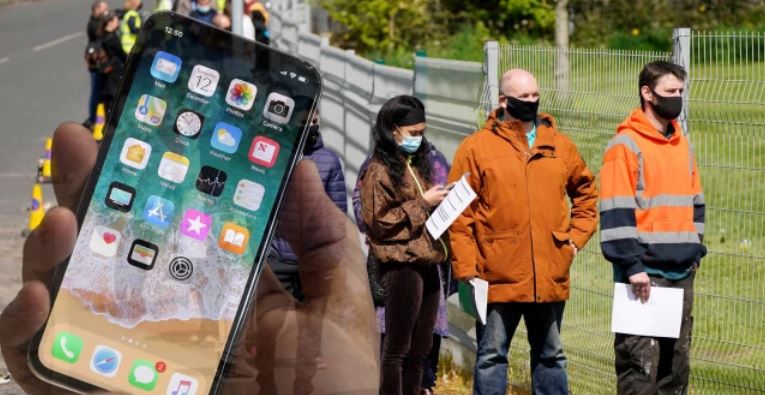 Millions of people in the UK were ‘unwittingly tracked’ via their mobile phones as Government scientists gathered data on coronavirus vaccines.

One in ten Brits’ data was tracked in February, in an effort to see if vaccinated people movements changed after their jabs, according to the Daily Telegraph.
A report from the scientific SPI-B committee admitted that the material was used without the knowledge of those being tracked. But the Government insists that the data was anonymised and complied with GDPR rules.
Yet the revelations have sparked a backlash from outraged privacy campaigners, who branded it ‘deeply chilling’.
Oxford University researchers used the data as part of work for the Scientific Pandemic Influenza Group on Behaviours (SPI-B) – which advises the Sage group of Government scientific advisers.
The ‘cell phone mobility data for 10 per cent of the British population’ reportedly looked at some 4,254 vaccinated individuals, who were tracked through 40 ‘CDR [call data records] with corresponding location observations’ every day.