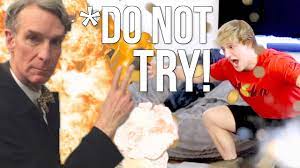 n response to news that scientists have now grown mouse embryos outside the womb until halfway through gestation, Charlotte Lozier Institute (CLI) issued the following statement:

“This clearly shows an eagerness to push the limits on experiments that manipulate living embryos, and illuminates future plans to expand these studies to human beings,” said CLI’s Vice President and Research Director David Prentice. “The mere suggestion by the senior author of this study in Technology Review that human beings could be similarly gestated in bottles for experiments is abhorrent and only sets the stage for human tragedy.

“It’s no wonder that there was a recent call to drop the ‘14-day limit’ for growth of human embryos in the lab – scientists want this roadblock removed to allow these types of egregious studies with living human embryos to continue. If this 14-day rule is dropped, we can be sure that living human embryos will be grown outside the womb up to at least 33 days post-fertilization–almost five weeks after conception, when the heart is fully beating and the brain undergoes some of its most rapid growth. To make matters worse, the scientists did more than just grow the mouse embryos outside the womb – they also manipulated them and performed gene editing techniques and even produced a human-mouse embryo chimera, an unnatural species with both mouse and human parts (including the brain).