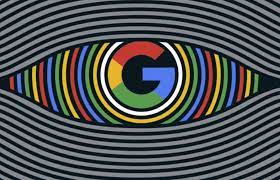 Google’s head of diversity has been slammed for writing that Jews have an ‘insatiable appetite for war and killing’ and arguing they should have more ‘compassion’ because of the Holocaust.

Kamau Bobb, who is also an ‘Equity in Computing’ don at Georgia Tech, wrote a 2007 blog post, which remains on his website, titled: ‘If I Were A Jew.’

Bobb writes: ‘If I were a Jew I would be concerned about my insatiable appetite for war and killing in defense of myself. Self defense is undoubtedly an instinct, but I would be afraid of my increasing insensitivity to the suffering of others.’

He evokes the memory of Kristallnacht, a Nazi pogrom against Jews in 1938, and Holocaust victim Anne Frank to question why Israel lacks ‘compassion’ towards Muslims in Gaza, Lebanon and the West Bank.

‘My greatest torment would be that I’ve misinterpreted the identity offered by my history and transposed spiritual and human compassion with self righteous impunity,’ the academic wrote.