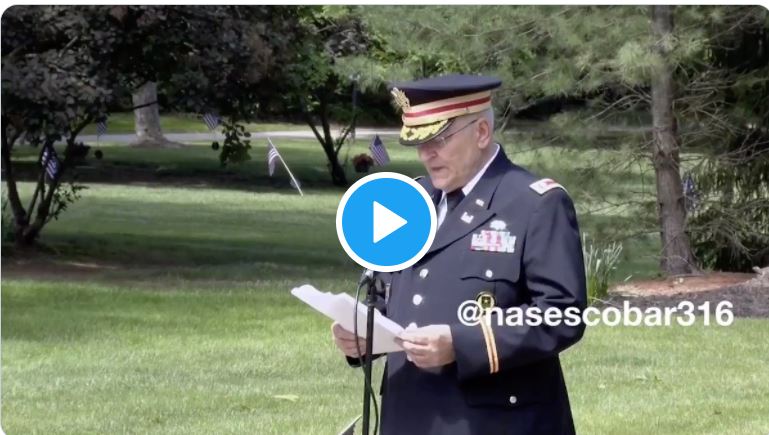 Organizers of a Memorial Day ceremony turned off a speaker’s microphone when the former U.S. Army officer began talking about how freed Black slaves had honored fallen soldiers soon after the Civil War.

Retired Army Lt. Col. Barnard Kemter said he included the story in his speech because he wanted to share the history of how Memorial Day originated.

But organizers of the ceremony in Hudson, Ohio, said that part of the speech was not relevant to the program’s theme of honoring the city’s veterans.

Cindy Suchan, chair of the Memorial Day parade committee and president of the Hudson American Legion Auxiliary, said it was either her or Jim Garrison, adjutant of the American Legion Post 464, who turned down the audio, the Akron Beacon Journal reported.

Barnard Kemter Wanted People To Know That Black American Slaves Started Memorial Day, Mid Speech His Mic Was CUT OFF! This Is How Far Some People Will Go To Hide The REAL History Of America. They Violated The 1st Amendment Rights Of A Veteran Just To Hide History! #WeAreNotPOC pic.twitter.com/dO97Lf5CAM