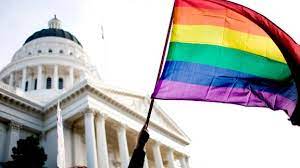 “They sent an email to us, you know, ‘you should take your ‘daughter’ to the gender clinic,’” he told me.
At first, Ahmed (I have changed names in this essay to protect the identities of minor children) assumed there had been a mistake. He had dropped off a son, Syed, to the hospital, in a terrible state of distress. Now, the email he received from the mental health experts used a new name for that son and claimed he was Ahmed’s daughter. “They were trying to create a customer for their gender clinic . . . and they seemed to absolutely want to push us in that direction,” he said when I spoke to him again this May, recalling the horror of last October. “We had calls with counselors and therapists in the establishment, telling us how important it is for him to change his gender, because that’s the only way he’s going to be better out of this suicidal depressive state.”