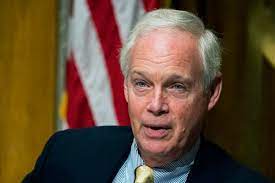 Google’s YouTube has stepped up its draconian censorship of a sitting U.S. senator.

The powerful video-sharing company removed a video of a speech given by Sen. Ron Johnson of Wisconsin and banned him from uploading new videos for at least seven days. The action took place several months after YouTube removed two videos of testimony given at a hearing he hosted of the Senate’s Committee on Homeland Security and Governmental Affairs on the topic of early treatment of COVID-19.

In the video YouTube censors are prohibiting the public from viewing, Johnson took bureaucrats in the Trump and Biden administrations to task for “not only ignoring but working against robust research [on] the use of cheap, generic drugs to be repurposed for early treatment of COVID.”