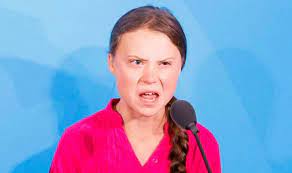 If only the Democrat Party and Planned Parenthood and the Ivy League would do the same.

The Auckland, New Zealand, chapter of a climate organization inspired by activist Greta Thunberg disbanded itself on Saturday because it was a “racist,” “white-dominated space,” the group announced in a Facebook post on Saturday.

The Auckland branch of the group said on Saturday that it had agreed to dissolve.

“BIPOC communities are disproportionately affected by climate change, so the fight for climate justice should be led by their voices and needs, not Pākehā [white New Zealander] ones,” the group wrote on Facebook. “We are disbanding because, since 2019, SS4C AKL (as well as the wider national group, though we can’t speak on their behalf) has been a racist, white-dominated space.”