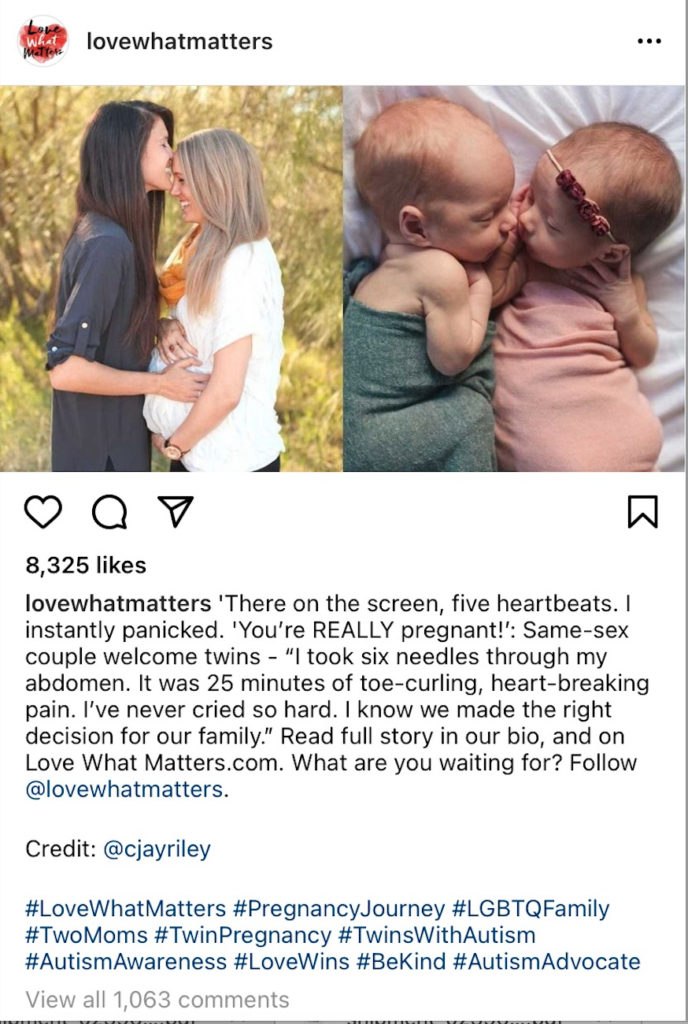 A progressive website focused on sharing “good news” faced backlash after posting a now-deleted story of a same-sex couple who underwent a triple-abortion.

The women, who married in Seattle in 2013 before same sex-unions were legal in their home state of Arizona, decided they wanted to have a child. After a few attempts at artificial insemination, a doctor phoned the couple, informing them of “REALLY POSITIVE” lab work, the story on Love What Matters reads.

The five-week ultrasound revealed not one, not two, but five beating hearts.