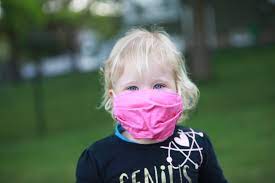 We’re protecting children from a disease that rarely impacts them severely by making them inhale other diseases. Yeah, makes sense.

The face masks studied were new or freshly-laundered before wearing and had been worn for 5 to 8 hours, most during in-person schooling by children aged 6 through 11. One was worn by an adult. A t-shirt worn by one of the children at school and unworn masks were tested as controls. No pathogens were found on the controls. Proteins found on the t-shirt, for example, are not pathogenic to humans and are commonly found in hair, skin, and soil.