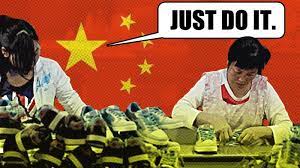 “Nike is a brand that is of China and for China,” Donahoe said.

Donahoe’s comment comes after Nike released a statement in March claiming it is “concerned about reports of forced labor in, and connected to, the Xinjiang Uyghur Autonomous Region (XUAR).”

While the company also claimed it does not directly source its product material from forced labor, critics argue the country’s supply chains are interwoven. There are thought to be more than 1 million Uyghur Muslims held in Xinjiang — which delivers 80 percent of Chinese cotton.

Nike partnered with Coca-Cola and Apple to lobby against a Xinjiang forced labor measure last November. The bill — called the Uyghur Forced Labor Prevention Act — made its way through the House of Representatives 406 to 3.