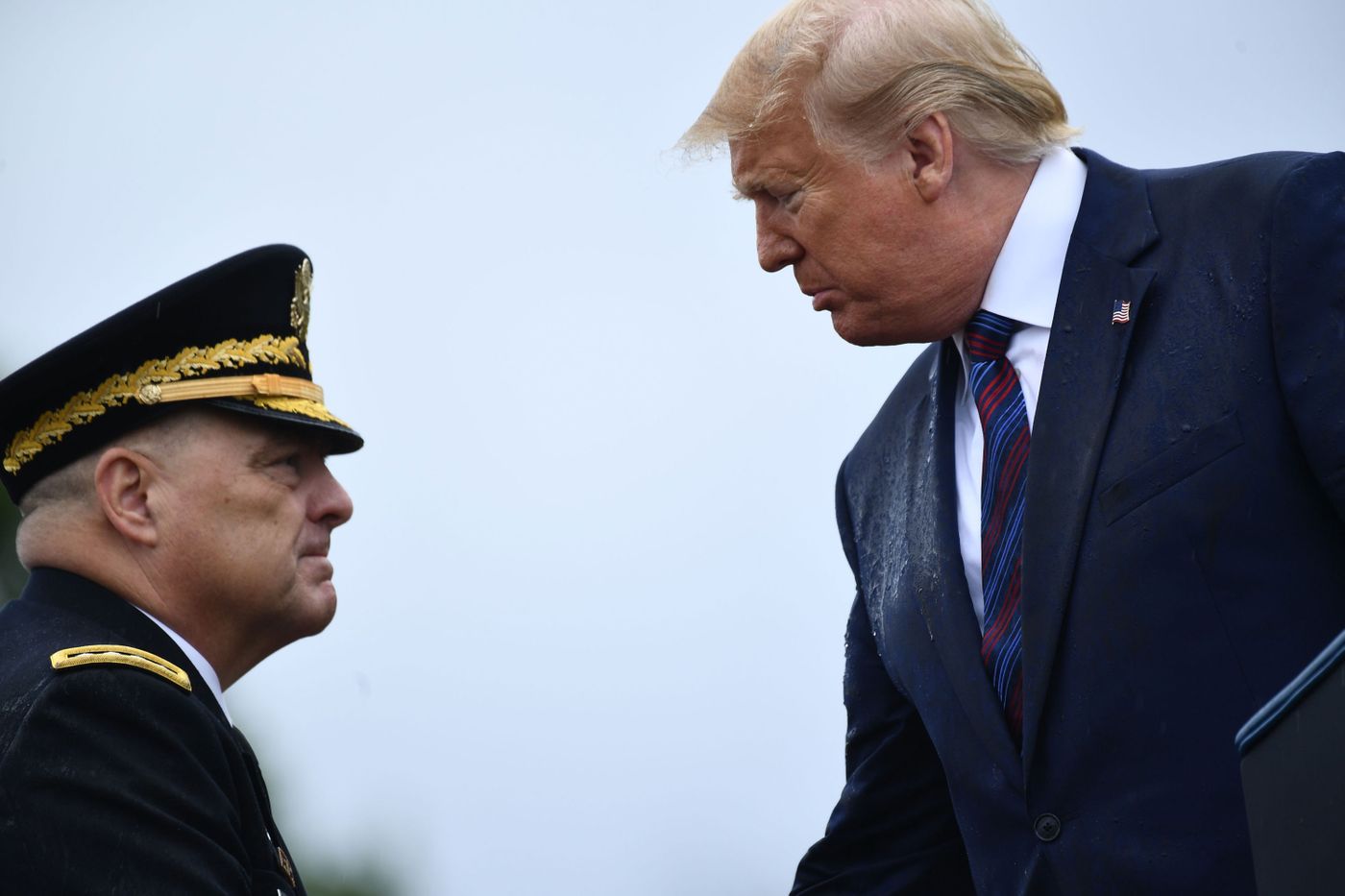 Can we just admit now that one of Trump’s main weaknesses was that he is a terrible judge of character.

General Mark Milley, the chairman of the Joint Chiefs of Staff, likened Donald Trump’s effort to hold on to power after the 2020 election to Adolf Hitler, saying the president was preaching “the gospel of the Führer” with his lies about the election being stolen, according to a new book by two Washington Post reporters.

As chronicled in I Alone Can Fix It, by Carol Leonnig and Philip Rucker, the Pentagon’s top general said shortly before the January 6 insurrection at the Capitol that Trump had led the country to the brink of its own “Reichstag moment,” viewing him as a potential threat to American democracy.