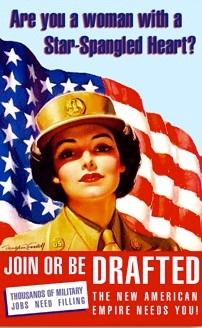 Senate Democrats are proposing a sweeping rewrite of the military draft laws aimed at requiring women to register for the Selective Service System, according to a draft authored by Senate Armed Services Chair Jack Reed and obtained by POLITICO.

The changes to Selective Service could be attached to the National Defense Authorization Act, a defense policy bill that’s one of the few pieces of legislation considered a “must-pass” by Congress. The move would reignite a contentious debate over whether women should be required to register for the draft, a move the House and Senate have each considered in recent years, though the change has never become law.