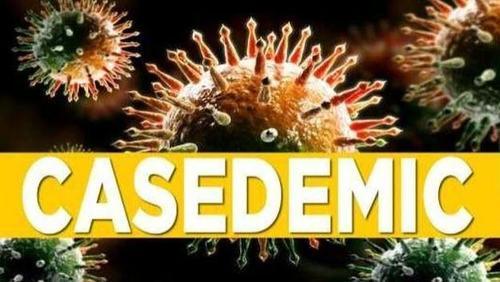 1. Experts compiled three datasets with officials from the states of Massachusetts, New York and Nevada that conclude:“Up to 90% of the people who tested positive did not carry a virus.”

3. An appeals court in Portugal has ruled that the PCR process is not a reliable test for Sars-Cov-2, and therefore any enforced quarantine based on those test results is unlawful.

4. A new study from the Infectious Diseases Society of America, found that at 25 cycles of amplification, 70% of PCR test “positives” are not “cases” since the virus cannot be cultured, it’s dead. And by 35: 97% of the positives are non-clinical.

5. PCR is not testing for disease, it’s testing for a specific RNA pattern and this is the key pivot. When you crank it up to 25, 70% of the positive results are not really “positives” in any clinical sense, since it cannot make you or anyone else sick

with regard to our current “casedemic”, positive tests as they are counted today do not indicate a “case” of anything. They indicate that viral RNA was found in a nasal swab. It may be enough to make you sick, but according to the New York Times and their experts, probably won’t. And certainly not sufficient replication of the virus to make anyone else sick. But you will be sent home for ten days anyway, even if you never have a sniffle. And this is the number the media breathlessly reports… and is used to fearmonger mask mandates and lockdowns nationwide…