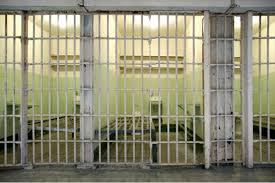 For example, there is a report from the  Women’s Liberation Front or WoLF, of a woman incarcerated in the Central California Women’s Facility who is pregnant. This, of course, would be the result of state laws that let biological male inmates transfer to women’s prisons, provided these men identify as transgender. The law, SB132, took effect in January. Since then, 261 men have asked to be moved to the women’s facilities. WoLF said in a tweet: “Conditions are described as ‘a nightmare’s worst nightmare’ by women incarcerated in California after the passage of @Scott_Wiener’s SB 132. Now, the system is bracing for a wave of pregnancies and increased violence in the facilities. #

Also noteworthy is the fact from WoLF that the prison administration is passing out condoms to people who say they are women. And, apparently, there is a class transferring prisoners must take teaching them how to handle questions about their new-found gender and how to deal with living with cis-gendered people. Nothing, it seems, about how to behave themselves.