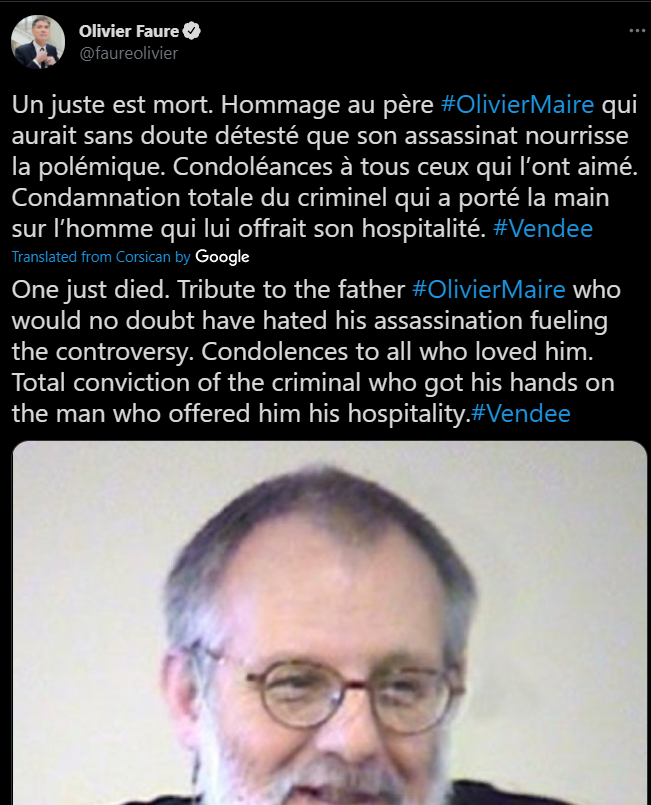 France’s Interior Minister announced on Monday that a Catholic priest has been murdered in western France.

Gérald Darmanin wrote on his Twitter account on Aug. 9 that he was traveling to the Vendée department of France following the killing.

“All my support to the Catholics of our country after the dramatic murder of a priest in Vendée. I am going to the scene,” he said.

Update: #Nantes: The Rwandan, who confessed to having set fire to the cathedral, was subject to an obligation to leave the territory. He was “protected by the bishopric” https://twitter.com/F_Desouche/status/1287333346851328002