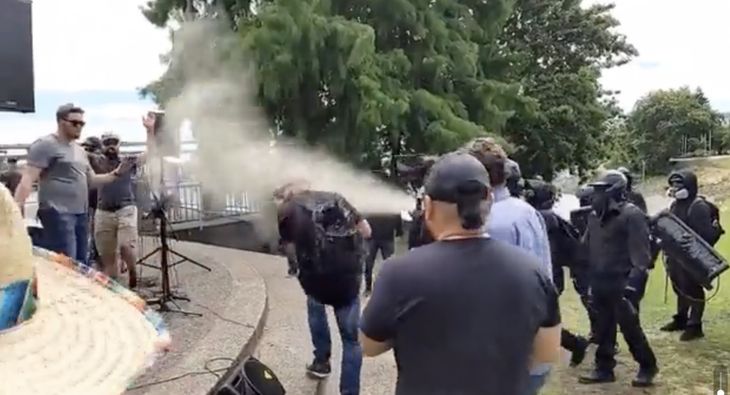 If you wondered what it looked like when Nazi brown shirts went after the churches in Germany, wonder no more: It probably looked like Portland on Saturday, when black bloc-outfitted antifa thugs burst into a waterfront prayer event featuring persecuted Canadian Pastor Artur Pawlowski. The antifa members sprayed those gathered, including toddlers, with chemicals and lobbed IEDs.

“Where is your God, now?” taunted one of the attackers.

Antifa has attacked at least one church before. Antifa members organized their violent attack via Twitter and other social media platforms. They later gloated on Twitter that they had stolen the Christian group’s food and water.

Portland police watched as antifa bear-sprayed parents and their kids, lobbed “flash bombs” into the sparse crowd, and reportedly threw the group’s sound equipment into the Willamette River. This being Portland, police didn’t arrest antifa members for polluting the river, much less attacking people.