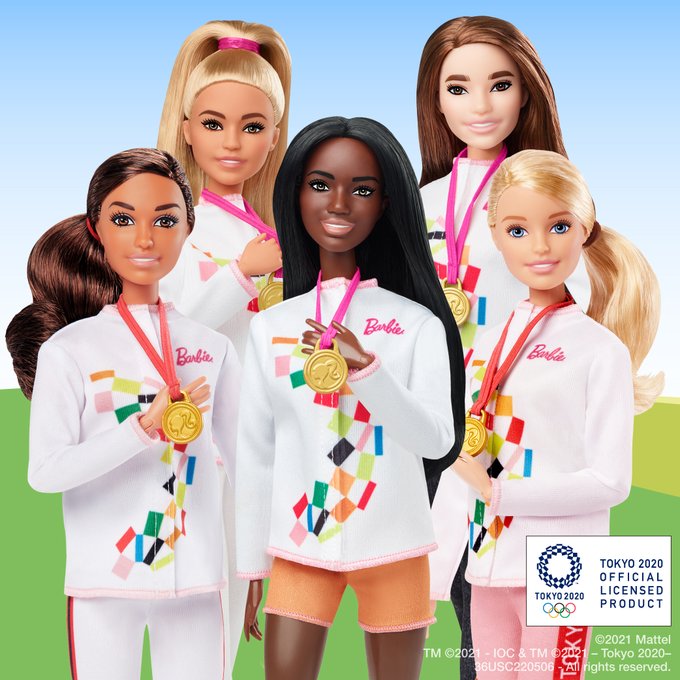 You can never do enough to appease the woke mob!!!

…The five dolls were meant to celebrate the new events added to the Olympics, including a skateboarder.

The campaign was criticized by some people on Twitter who complained that there wasn’t an Asian doll in the group, despite the Olympics being held in an Asian country.

“According to Mattel you can can anything , but ASIAN if you want to be included. The Olympics is literally happening in Asia. An Asian countries has the most gold medals. An Asian-American won gold in one of the biggest and most poplar event. Talk about tone deaf. Do much better!” responded one critic.

“Where is the Asian Barbie? You needed two white Barbies? Why? Most of the American women winning [medals] are not white . Why is it always the Asian Barbies that you don’t have ?!?” replied another.

“Wow. Wordless. Olympics in an Asian country yet zero attempt to represent any Asians in your collection. Shame on you,” said another critic.

Mattel’s apology appeared to claim that one of the dolls, the skateboarder, was meant to be Asian.

“Our intention to represent the Asian community with the Skateboarder doll fell short and we fully receive and recognize the feedback,” said a spokesperson for the company.