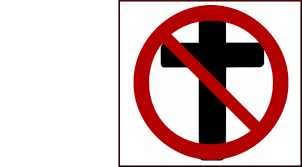 “Nothing speaks to the SPLC’s inhumanity as much as its behavior after the shooting at FRC. Rather than remove the map used by a terrorist to attempt to kill dozens of people, the SPLC doubled down and even expanded its list to include other non-violent conservative, Christian and parent organizations who opposed the SPLC’s political agenda,” Lt. Gen. (Ret.) Jerry Boykin, executive vice president at FRC, told Fox News.

Sunday, Aug. 15, 2021 marks the ninth anniversary of the attempted shooting, and FRC remains on the “hate map.” Former staffers have claimed that the SPLC uses the “hate group” label to exaggerate hate in a fundraising scheme. Critics say the SPLC brands mainstream conservative and Christian organizations “hate groups,” placing them on a list with truly hateful organizations like the Ku Klux Klan. A former SPLC spokesman even said, “Our aim in life is to destroy these groups, completely destroy them.”