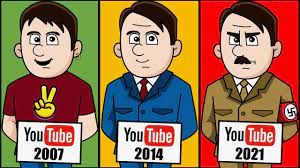 Tells you all you need to know, doesn’t it?

Twitter’s standards were called into question on Sunday after users pointed out that a key Taliban spokesman has been using the platform to give updates about the group’s advance within the country while former President Trump’s account remains permanently suspended.

Zabihullah Mujahid’s account is not verified but has nearly 280,000 followers and is regularly cited by major news outlets. He recently tweeted an update on “military units” entering Kabul. He wrote that their “advance is continuing normally.”

Jerome Riviere, the French politician, took to Twitter and posted: “Freedom and democracy are not doing well when #Twitter continues to ban #Trump’s account but relays the #Taliban spokesperson’s without any second thoughts.”