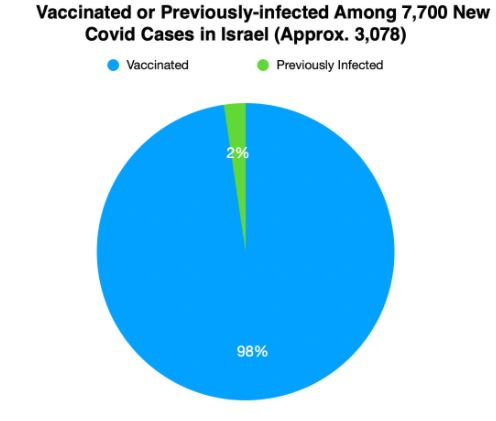 Israelis who were vaccinated were reportedly 6.72 times more likely to get infected after the shot than after natural infection

According to reports from Israel: recovered Covid patients are “far less likely to become infected” than vaccinated people.

That data comes from Israel’s Health Ministry regarding the country’s latest wave of the pandemic.

7,700 new cases of Covid during wave starting in May

72 (<1%) were reported in people previously infected

According to reports, 835,792 Israelis are known to have recovered from Covid. So 72 reinfections amount to 0.0086% of people who were already infected with COVID.