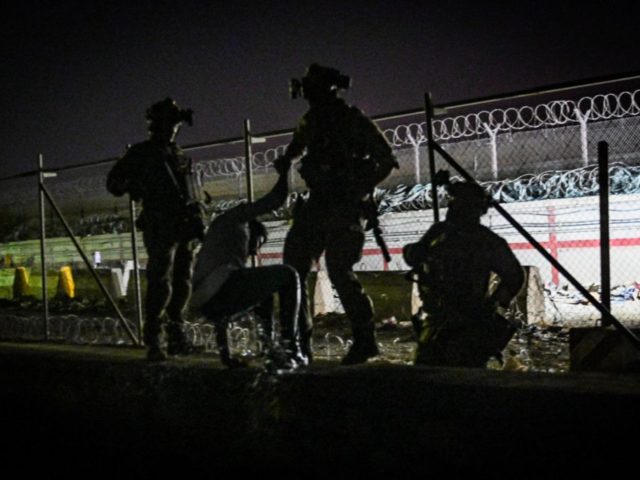 The United Kingdom and Western allies have warned they have credible intelligence of an “imminent” terror attack against Kabul airport, where thousands of people are crowded outside the gates in hope of catching a flight out.

Speaking on Thursday morning, British Armed Forces Minister James Heappey told British television audiences that the “credibility” of the intelligence about what he described as an “imminent” and deadly terror suicide terror attack against the crowds at the Afghan airport was so strong that they had to take the decision to order them to disperse.

The order for people to stop crowding outside the airport on Wednesday night came from the United States embassy, the United Kingdom embassy, and others. That it was made as the last handful of flights evacuating Western citizens and at-risk Afghans from the country prepared to depart was a difficult one, Heappey claimed, but the huge numbers of people fleeing the Taliban was too tempting a target for a terror group he called the Islamic State of Iraq and the Levant – Khorasan Province (ISIS-K).

Heappey said: “There is a highly credible report of very imminent, very lethal attack on the crowds at Kabul airport, and in all good conscience we couldn’t know that and not communicate it, advising people to stay away.”