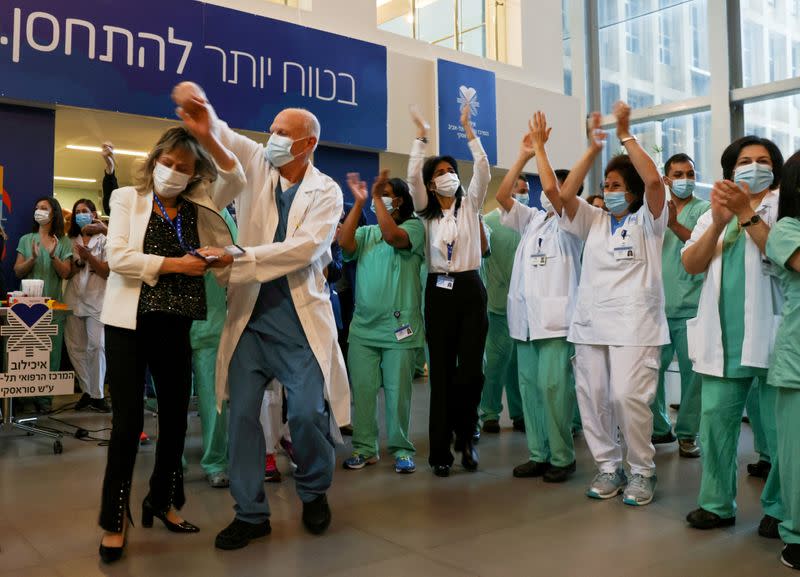 JERUSALEM—The massive surge of COVID-19 infections in Israel, one of the most vaccinated countries on earth, is pointing to a complicated path ahead for America.

In June, there were several days with zero new COVID infections in Israel. The country launched its national vaccination campaign in December last year and has one of the highest vaccination rates in the world, with 80 percent of citizens above the age of 12 fully inoculated. COVID, most Israelis thought, had been defeated. All restrictions were lifted and Israelis went back to crowded partying and praying in mask-free venues.

Fast forward two months later: Israel reported 9,831 new diagnosed cases on Tuesday, a hairbreadth away from the worst daily figure ever recorded in the country—10,000—at the peak of the third wave. More than 350 people have died of the disease in the first three weeks of August. In a Sunday press conference, the directors of seven public hospitals announced that they could no longer admit any coronavirus patients. With 670 COVID-19 patients requiring critical care, their wards are overflowing and staff are at breaking point.

“I don’t want to frighten you,” coronavirus czar Dr. Salman Zarka told the Israeli parliament this week. “But this is the data. Unfortunately, the numbers don’t lie.”