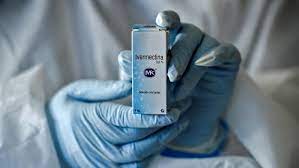 Julie Smith, whose 51-year-old husband, Jeffrey Smith, was breathing only with aid of a ventilator earlier this month, had won a temporary ruling Aug. 23 from Butler County Common Pleas Judge Gregory Howard that UC West Chester must honor a Centerville doctor’s prescription and treat Jeffrey Smith with Ivermectin…

Julie Smith testified that when her husband continued to get worse and struggled on a ventilator at the West Chester hospital, she sought more possible treatment options. When she found Dr. Fred Waghsul of Centerville, a pulmonologist who has a practice with Lung Center of America and wrote an Ivermectin prescription for Jeffrey Smith, she said “it gave me hope that I didn’t have to just watch him die.”

Also during testimony, Julie Smith said her husband had improved since receiving the dosage prescribed by Waghsul after the emergency order was issued.

In his decision, Oster said the court is not determining whether Ivermectin will ever be effective and useful as a treatment for COVID-19, “however, based upon the evidence, it has not been shown to be effective at the juncture.”

“The best support in the medical community is a neutral position by the National Institute of Health. What is more, at the hearing, (Julie Smith’s) own witness, Dr. Wagshul, was only able to say that Jeff Smith ‘seemed to be’ getting better after receiving Ivermectin,” Oster wrote. “Dr. Wagshul further testified that ‘I honestly don’t know’ if continued use of Ivermectin will benefit Jeff Smith.”