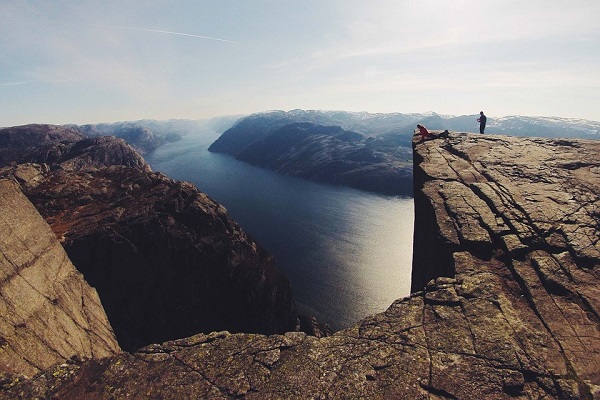 Here are some of the things Strauss and Howe predict in the time of our fourth turning. There will be a tearing of civic fabric and an implosion in social trust. As the crisis mood congeals, people will come to the realization that they have grown helplessly dependent on a teetering edifice of anonymous transactions and paper guarantees. Much of the Boomer population will see the thinness of their savings and the unsustainability of government promises such as pensions, Medicare, and Social Security.

“Before long, America’s old civic order will seem ruined beyond repair. People will feel like a magnet has passed over society’s disk drive, blanking out the social contract, wiping out old deals, clearing the books of vast unpayable promises to which people had once felt entitled.” Law and order will be back in vogue. “Criminal justice will become swift and rough. Vagrants will be rounded up, the mentally ill recommitted, criminal appeals short-circuited, executions hastened.” There will also be the real danger of foreign wars fought on the do-or-die terms of WWII and not the recent military engagement with all their politically correct niceties and aversion to casualties and collateral damage.

The fourth turning is a gut-wrenching time. One would have to read the book to grasp all of what Strauss and Howe see for our time of crisis. It suffices here to sum up their prospects for the future: the crisis will lead to either a disintegration of the nation or to great civic achievement. It will be a time of ruin or glory. Out of this mess, each of us has a responsibility to do what we can in the here and now to make sure it’s the latter. It’s a tall mountain to climb, but that’s the task before us. To paraphrase something Leon Trotsky supposedly said: You may not be interested in the fourth turning, but the fourth turning is interested in you.