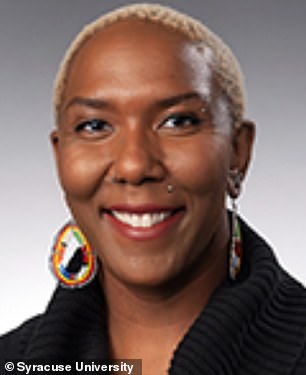 The people that endorse stoning women for adultery and throwing gays off buildings took a stand against the heteropatriarchy?

A professor at Syracuse University has drawn strong reactions for a tweet calling the attacks on September 11, 2001 a strike against ‘heteropatriarchal capitalistic systems’.

Jenn M. Jackson, an assistant professor of political science, made the remarks in a series of tweets on Friday, a day before the 20th anniversary of the attacks that killed 2,977 people.

‘We have to be more honest about what 9/11 was and what it wasn’t. It was an attack on the heteropatriarchal capitalistic systems that America relies upon to wrangle other countries into passivity,’ wrote Jackson, who uses they/them pronouns.

‘It was an attack on the systems many white Americans fight to protect,’ they added.