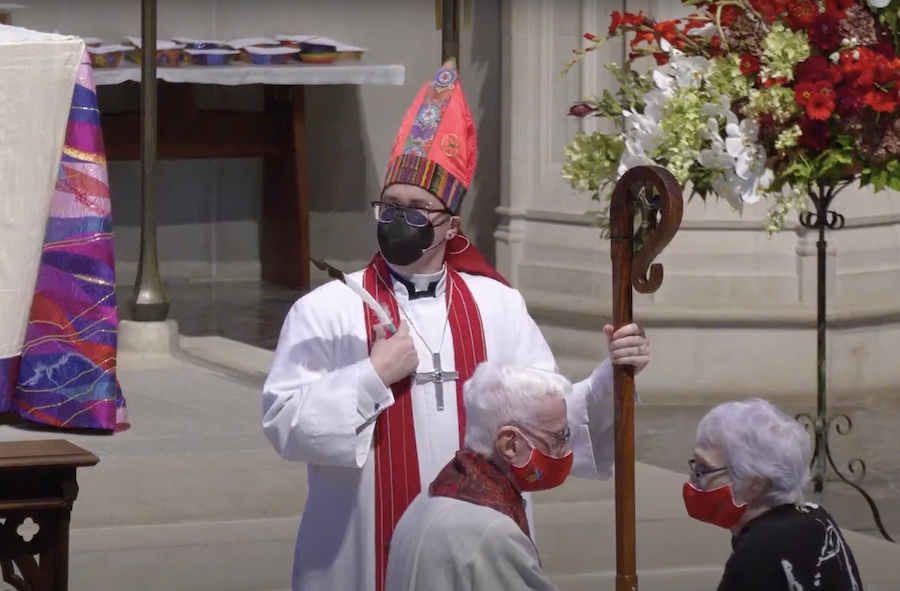 Participants in the ceremony atop San Francisco’s historically wealthy Nob Hill neighborhood were encouraged to “find concrete ways to make reparations to the original stewards of these places and their descendants.”

America’s first major denominational transgender bishop, professing to be a “they,” was consecrated in San Francisco this past Saturday amid religious and political officials in a hyper politically correct rite claiming precedent with biblical eunuchs.

This transgender bishop signifies liberal Protestantism’s ongoing rejection of not just traditional Christian sexual teachings but also of physical reality, as part of God’s created order, to be replaced with the primacy of self-created identity.

The ELCA remains the largest Lutheran body in North America at 3.26 million members, despite shedding more than 1 million members — or 25% of membership — across the last reporting decade, down from 5,288,048 members at the denomination’s founding in 1987.

ELCA Presiding Bishop Elizabeth Eaton served as the lead consecrator and preacher at the service hosted by the Episcopal Church’s Grace Cathedral, of which the ELCA is in full communion.

Ordained as a minister in 2006 as “the first openly transgender/non-binary person to be ordained by the Evangelical Lutheran Church in America” the new bishop has now been touted by the synod as the first transgender person to be elected to that position. Rohrer, a biological female, neither identifies as a woman nor as a transgender man and uses as a pronoun the singular “they”.