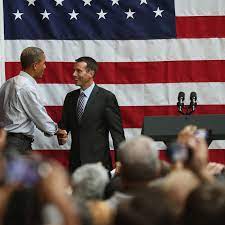 This is what they think of you.

Barack Obama’s 2008 presidential campaign manager David Plouffe said Wednesday on MSNBC’s “The ReidOut” that Republican politicians were “speaking to their sick, perverted one-third of the country,” which he claimed got “injected by Fox News and Sinclair and Breitbart.”

Anchor Joy Reid said, “Ron DeSantis — he may be a sociopath. We don’t know what his pathology is, but he’s not stupid. I think that he understands that if he is going to inflict death on schoolchildren, he’s going to have to make it real hard for their parents to vote, right?”

Plouffe said, “So I think that there’s a third of the people out here in California who voted for the recall. There’s a third of the people who say it should be a personal choice. Yes, the Republicans are making it harder to vote so that third has more power in general elections. But let’s make no mistake, that third or 30%, that hardcore MAGA base, they’re going to drive Republican politics.”