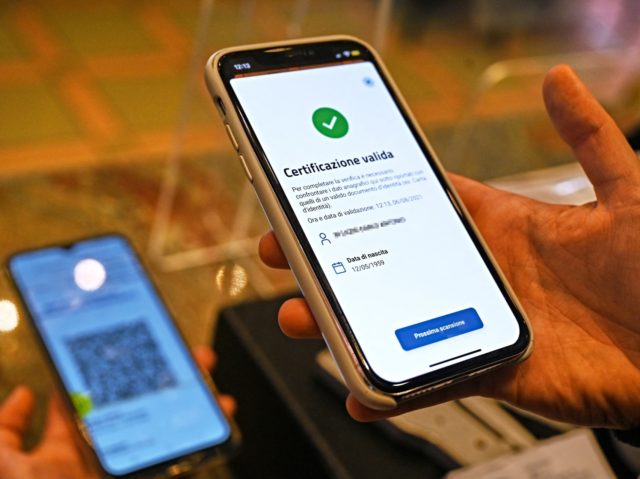 Under the new mandatory vaccine decree for public and private businesses, the Italian government has announced that unvaccinated workers will have their pay withheld, but they will not be suspended or fired.

The government decree will order an estimated 23 million Italian public and private sector workers to present the coronavirus passport known as the Green Pass to be eligible to work.

Some had expressed concern the decree would force those without the Green Pass to be suspended or fired. But on Wednesday, officials announced that while those who do not comply with the mandate will not be able to come to work, they will only be considered to have taken an unjustified absence and have pay withheld, Il Giornale reports.

The obligation for Italian workers to show the Green Pass will start on October 15th and be enforced until December 31st.